The past generation has seen various governments
fail to utilise the incredible wealth that has
been generated by the exploitation of
natural resources in Australia.

Mining and oil companies get a good deal in Australia. There is a relatively stable and predictive political system, there is a fairly large skill base for personnel, and, there is still an abundance of valuable minerals and hydrocarbons to exploit. On top of this, Australia is very generous to miners with an excellent mining and petroleum bureaucracy, politicians who seem to have no limit to their support and encouragement, as well as a raft of taxpayer funded subsidies available for the taking.

On the other hand, does Australia get a good deal from the natural resources exploitation industry? Let’s have a look at it. Firstly, a brief and general summary of governance of mineral and hydrocarbon resources in Australia.

Under State and Territory legislation, the State and Territory owns the minerals. The mineral rights do not vest in the land owner. Holders of mining leases gain ownership of mineral extracted when the minerals are separated from the earth. All exploration, retention and mining titles fall under State and Territory jurisdiction and ownership of all mineral and hydrocarbon resources, as well as the right to enter land for the purpose of mining or exploration also fall with the State and Territory governments. Foreign investment in the industry is reviewed on a case-by-case basis by the Foreign Investment Review Board (FIRB) and it is unusual if approval is not forthcoming. Should a project reach the stage of having mineral or hydrocarbon resources to sell, there are generally no requirements to process minerals in Australia, nor limitations on processing in Australia, with some rare exceptions as in the case of uranium. Likewise, generally, there are no restrictions, quotas or limitations on the export of minerals, other than rough diamonds and uranium products.

What are the financial benefits for Australia?

First of all, the State and Territory governments collect royalties on mineral production with rates varying between different states and different minerals. Some methods of calculation are:

Other than royalties, taxation is imposed by both Federal and State and Territory governments. All companies with a turnover greater than $AUD10 million pay a flat rate of 30% tax. State and local governments sometimes impose additional taxes and levies, depending on situations.

Turning to the other side of the ‘natural resources budget’ it’s important to look at what Australia puts in to private mining and petroleum ventures, in terms of subsidies and incentives. There is some differentiation here between the minerals industry and the hydrocarbons industry. Keep in mind that the benefit to Australia and Australians does not tangibly change at all regardless of how much financial and other assistance the exploitation companies receive – it’s more or less a gift from taxpayers.

Fossil fuel subsidies are a well-known and much despised (other than by recipients) subsidy in Australia and indeed many other countries. Explicit subsidies peaked at $US760 billion in 2018 globally. Note that the total global subsidies includes large amounts of money to subsidise all fuel is some countries.

According to figures from the Productivity Commission, the Federal government provided about $12 billion in subsidies across all industries in 2018-19. From this the mining industry received $335.5 million, the manufacturing industry subdivision of petroleum, coal and chemicals received 384.6 million and the services industry subdivision of electricity, gas, water and waste received $90.3 million. A minor proportion from the subsidies to each of these sectors goes to research and development or CSIRO funding.

The fuel tax credit is another story. Basically the fuel tax credit is a rebate for duty paid on fuel for vehicles that do not operate on public roads. In 2017-18 the total rebate to all industries was a massive $6.8 billion. Of this, approximately $1 billion was rebated to the coal industry. The Minerals Council has argued that this rebate should not be considered a subsidy, along with others such as National Party senator Matt Canavan, the coal industry ‘warrior’, who masquerades as a politician, and whose family has coal interests.

One might think that for a coal miner using private roads the rebate is possibly fair. However, when other incentives, such as tax breaks and enhanced depreciation are given to the miners, along with State and Federal public expenditure on transport terminals, waterside loading facilities, construction and maintenance of railway infrastructure primarily for the use of miners, there is an argument that the miners do extremely well in a generous system in a very profitable industry.

In simple terms, a mining company does not actually produce anything , does not manufacture anything, doesn’t have stock on hand that has been purchased to re-sell – a mining company is exploiting a natural resource that belongs to Australia and Australians. 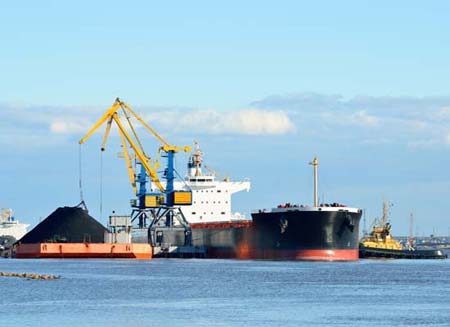 In the early 1970’s I worked as a geologist on petroleum exploration rigs in the Persian Gulf and Red Sea. Saudi Arabia was then the largest oil producer in the world and has remained a major oil producer. The levy (or call it a royalty) paid by a miner producing oil in Saudi Arabia in those days was 50%, and on top of that the Saudi government had a controlling interest in each project, even exploratory projects that were yet to produce any oil. A 50% levy did not deter any prospecting companies from coming to try their luck.

Compared to today, the levy or royalty in 1970’s Saudi Arabia was huge – in fact it was large enough to promote Saudi Arabia to the wealthiest country in the world per capita for quite some time. Today the levy is less than 50% and in Saudi Arabia’s case is negotiated for each project.

In Australia, the petroleum rate is supposedly 12.5% and that can be on the volume of petroleum produced, or value of petroleum disposed, depending on the State or Territory. Royalties on other resources vary from resource to resource and from State to State. To add to the confusion, some royalties are shared between State and Federal governments.

Overall, the mining lobby in Australia contributes generously to both major political parties and in turn seems to have an inordinate say in the way things are run here. A government with the interest of the Australian people as its primary goal would do very well to simplify the system of taxes and royalties in the mining and petroleum industries as well as exercise a lot more transparency in their policies and decisions to do with said industries.

The past generation in Australia has seen various governments fail to utilize the incredible wealth that has been generated by the exploitation of natural resources in Australia. Norway established a sovereign fund, or Oil Fund, in 1990 with the revenues from its oilfields, which is now worth more than $US1trillion. Just the annual gains of this fund top $US100 billion! John Howard was the Liberal Prime Minister of Australia from 1996 to 2007, right through those mining industry boom years. Howard wasted the opportunity to secure Australia financially for generations to come. Subsequent Labor and Liberal administrations also failed in this regard although none had the longevity and opportunity available during the Howard years.

Finally, a point list from Michael West Media that shows up some past and present failures by various governments and bodies as well as a couple of hard-to-explain facts: