Barnaby Joyce in his usual brash way told the press last week that methane emissions from farm livestock was definitely excluded from the mix of do’s and dont’s given to Morrison. Morrison responded quickly saying that ALL agriculture was in the mix – absolutely!?!

One of them is wrong, maybe both, or possibly the other is a little bit right, but, does it matter? They are  pretenders who are about to find out that even if they use the ‘bullshit baffles brains’ approach with the Australian voters, it won’t work on the world stage upon which Morrison is about to step at COP26. 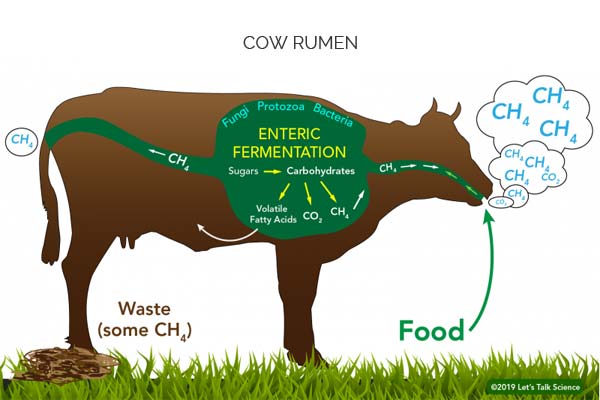 The terms that the Nationals presented to Morrison are still a secret – Joyce quoting parliamentary privilege – what a load of methane that is! The Australian public have a right to know under what terms Morrison has gone to Glasgow to put Australia’s case. One thing the coalition should be aware of is that this is not a done deal!

Getting back on point – methane from livestock burps and farts is a greenhouse gas 28 times more powerful than carbon dioxide. Direct livestock emissions account for around 10% of Australia’s greenhouse gas emissions.

According to the Department of Industry, Science, Energy and Resources (wow – that is a big department!), an Australian research company, FutureFeed, have developed a cost-effective feed supplement called Asparagopsis that has reducd the methane production in cattle by 95% in tests so far.

Let’s not tell Joyce or Morrison about this scientific achievement – not only may one of them have trouble understanding it, but we’d miss their bickering, their one-up-man-ship and the joy of hearing them contradict each other!